With the joy of God’s Kingdom, as we are "divinely glad, for Christ is risen" (from the Paschal Canon), I offer my Paschal greeting to all: both to those who have successfully completed the reclusion of their quarantine, celebrating now in the churches and communing of Christ’s Holy Mysteries; and also to those who yet abide in the desert of solitude and various restrictions, dedicating the better portion of their time to private prayer, spiritually beneficial reading, and interaction with loved ones. May the former and the latter both, in the words of St. John Chrysostom, "honor the day," receiving in their hearts the riches of God’s goodness!

As I began to compose my greeting and sought pre-Paschal inspiration in the works of the ever-memorable Metropolitan Anastassy (Gribanovsky), who reposed 55 years ago, I opened a compendium of his writings and found the following words: "In the silence of the desert, your Paschal joy can be fuller, brighter, and more complete than ours, for it is not stolen away by the brilliant tumult with which we fill the Feast, rather than spending it in quiet and thoughtful contemplation of the great Paschal mystery and in serene and imperturbable peace." These instructive words of His Beatitude, Metropolitan Anastassy, remind us that, on the holy Paschal night, everyone is called to become an animate temple, in the depths of which he can and must feel the joy and triumph of the heavens, which glorify Christ the Giver of Life.

More than once, Metropolitan Anastassy himself, as well as many of his contemporaries, greeted Pascha in the difficult conditions of life in those days. In general, the lot given to the founders of the Russian Church Abroad was one of many trials: the events of the revolution and civil war, the beginning of godless persecutions, two world wars and their aftermath, the migration of the Russian exiles, and in foreign lands bearing the witness of the martyrs of the Russian Church, of the sufferings of Her confessors, and of the pious paths trodden by Holy Russia.

In the years of World War II, the portion of the Mother Church in the diaspora was headquartered within the confines of the hospitable Serbian Orthodox Church, which at that time was being harassed by Nazi Germany. The latter harassed our ecclesiastical hierarchy, as well, though in truth to a much lesser degree. The departed Serbian Patriarch Gabriel V would later say of this, that "Metropolitan Anastassy comported himself with great wisdom and tact during the German occupation, [though he] was always loyal to the Serbs, as a result of which he was distrusted by the Germans, and several times subjected to humiliating searches" (from an interview given by His Holiness to Polish and English journalists in 1945). In the post-war years, Vladyka Anastassy took care for the salvation of his spiritual children, whom the Western Allies were handing over to bloody reprisals by the godless authorities. In some camps, the clergy were able to avert the handover of Russian people, while in others, they stood, crosses in hand, between their flock and the tanks pointed toward the crowd. By the beginning of the 1950s, thanks to the activity and persistent petitions of Metropolitan Anastassy and his assistants, most of the Russian émigrés were able to leave Europe and settle overseas in countries that opened their doors in compassion. Soon they were also joined by the formidable émigré community from the Far East, among whom was the flock of the Holy Hierarch John (Maximovitch). After so many trials, His Beatitude, Metropolitan Anastassy, now fatigued by old age, came to America and began "to gather stones together" (Ecclesiastes 3:5), working to increase the pastoral nourishment of the Russian Diaspora and grow its church life.

Dear fathers, brothers, and sisters! On this Pascha, meditating on the difficulties of our days and on the approaching momentous dates of the 725th anniversary of the Kursk Root Icon of the Mother of God "of the Sign" and the 100th anniversary of the service of the Russian Church Abroad, let us recall the deep faith, the greatness of heart, the height of fulfilling their duties, the wisdom, patience, and courage of our forebears, and let us contemplate the personalities of these spiritual giants! Lighting our candles today, let us light our hearts from the lamp of their burning faith.

From my whole heart, I wish for you all to spent these all-joyous days in good health and cheerful disposition, perceiving the victorious power of God and the illumination of the Light of His Resurrection on the Third Day, so that in the future, when it seems to us that "Hades doth reign," we might remember that its reign over us is "not forever," as we read in the canon of Great Saturday, and that we might find in that the strength to overcome any trials in this life! Amen.

With Paschal joy in the Risen Christ and asking your holy prayers, 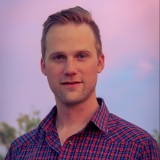 As a layman, I’ve always felt that the joy Hierarch’s (try) describe in their Paschal letters to the faithful, for the most part, is hard to grasp or comprehend. In other words, it seems out of reach. However, due to the season we find ourselves as a peoples, or perhaps because of my own set of internal and external forces, this Paschal Address from Met. Hilarion seems especially genuine and easy to comprehend. Greetings on the Glorious Feast of Pascha and our hope for all things eternal. Christ is Risen!

In thanksgiving for the mercy of God and the overwhelming outpouring of prayer and financial support we received from so many of the faithful after the devastating ice storms in February, we will serve a special moleben of thansgiving and prayer for the sake of all those who came to our aid on Tuesday, March 23rd at noon Eastern (in place of Sixth Hour). As our internet connection issues appear to finally be resolved, we will plan to livestream this moleben for all who wish to join us in thanking God and asking Him to richly reward those who sacrificed their time and their material support for us unworthy sinners. Once again, thank you all so much for your love and your help!

Now that the weather has cleared, we are working to clean up the church site in preparation for the pouring of the footers.

On behalf of Archimandrite Seraphim and all the brotherhood of Holy Cross Monastery, we want to extend our most heartfelt thanks to the many hundreds of people from across the country and even across the world who have stepped forward to help us through our recent crisis. We are immensely grateful to God for each and every one of you, and cannot begin to express our gratitude and love in words.